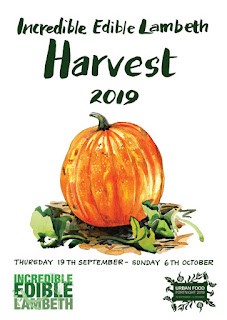 I worked with ‘Incredible Edible Lambeth’ again this year to produce a folded illustrated leaflet promoting all the wonderful Harvest events happening in their area.

The leaflet, which is A6 size when folded, is printed on both sides of an A4 sheet.

I needed to create a cover, back, middle spread and large central list based on the one from the previous year. The text was to be handwritten again and the first job was to write, scan and collate this together. 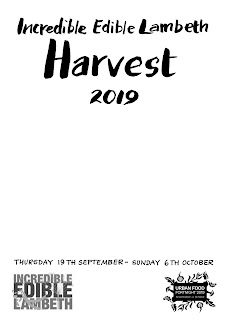 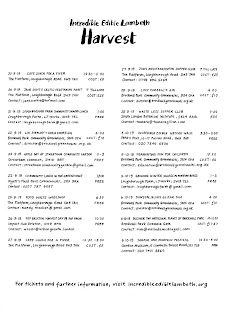 Next I needed to change the text colour from black to a dark green using the ‘Colour Range’ tool on Photoshop. After this it was a case of adding the illustrations on a separate layer until everything looked about right. 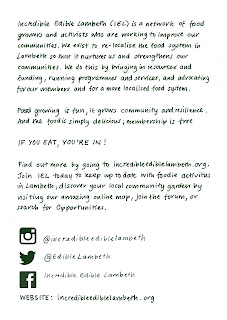 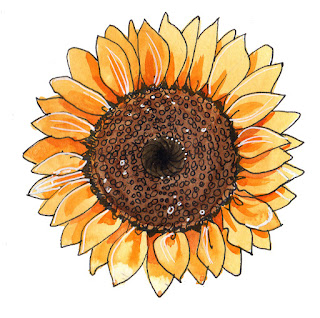 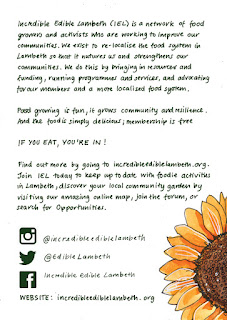 The leaflet was checked, I made final amendments and the complete version was sent as a PDF, ready for printing. 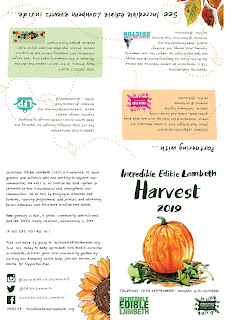 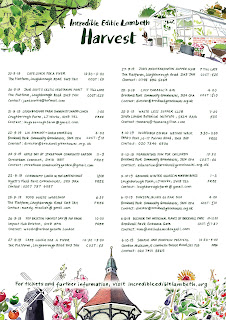 It’s a lovely event, so if you are local, do pop along!

Posted by Lis Watkins at 8:00 AM No comments: 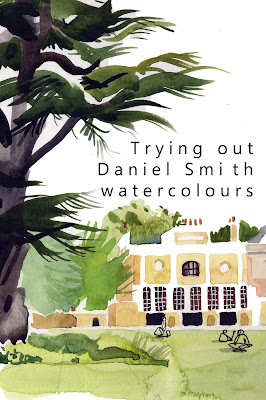 I was excited to win a raffle prize at the Urban Sketchers Symposium in Amsterdam this year, especially as it contained a set of Daniel Smith watercolours. I’d always wanted to try them as I had heard such great things about the paints!

Firstly, I set about painting some colour swatches. The ever so tiny Hahnmuhle zigzag sketchbook, which was part of the prize too, was perfect for this. The set I won has colours put together by Jane Blundell. My initial reaction was that they were very earthy colours with no greens. The texture was quite creamy with an almost gouache feel when using them. I particularly enjoyed using the Buff Titanium, both on its own and as a mixer.


Next was to take the box out on location. I painted with them at Greenwich, Dulwich and Pitzhanger Manor. The lack of ready mixed greens was the biggest problem for me. Also at one point the colours fell out of their box so I bought a metal tin to hold them instead. 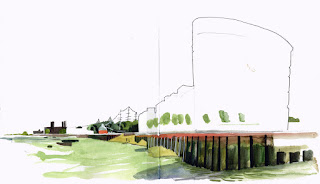 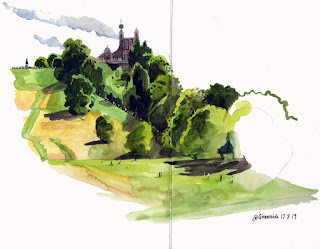 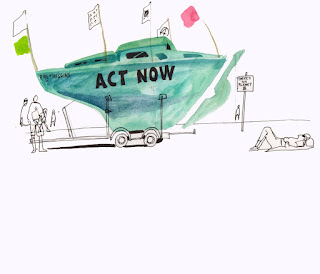 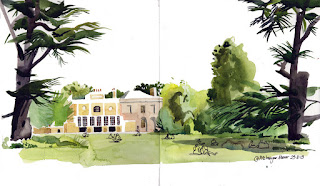 The main result from using them was that I realised what my favourite colours are from Winsor & Newton. I missed their Cobalt Blue, Naples Yellow, Indian Yellow, Cobalt Turquoise Light and Opera Rose. I love their greens especially Oxide of Chromium and Perylene Green.
I’m off on an exciting trip soon so I think I’ll combine the two sets, picking my favourites from both companies and see how that works.
Posted by Lis Watkins at 8:00 AM 2 comments: 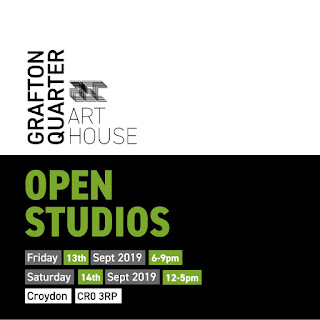 It’s been almost year since the opening of the ASC Art House in Croydon, where I have studio space, and to celebrate we are holding an Open Studio event! More than fifty studios will be open, showing a wide range of work from painting, sculpture, printmaking, fashion, upholstery, photography and much more. 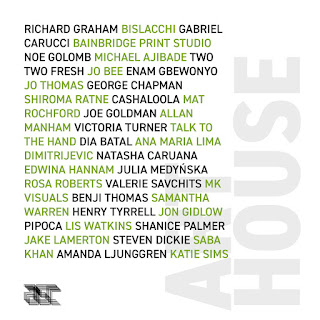 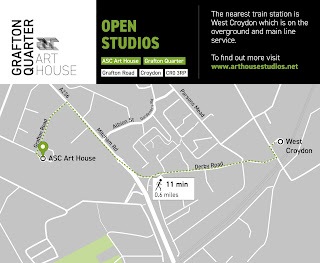 It would be lovely if you could make it along!

Posted by Lis Watkins at 8:00 AM No comments: