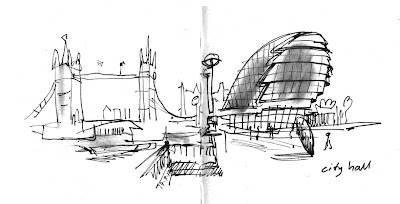 Yesterday I spent the morning sketching at London’s City Hall, during the Mayor’s Question Time.  The building, which sits near Tower Bridge, looks like a giant crash helmet and is the home to the Mayor and the Greater London Assembly. 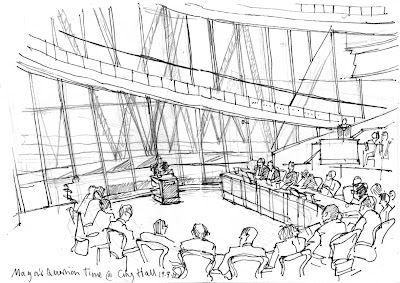 A walkway spirals round inside the building leading you from the entrance to the Chamber where Question Time takes place.  The assembly members are arranged in a horseshoe shape on the purple carpet with
the Mayor, Boris Johnson in the centre. 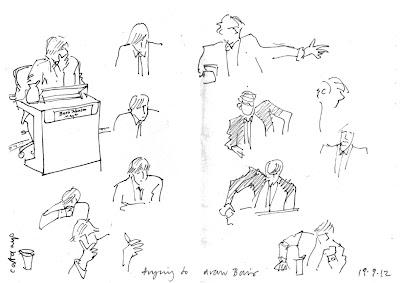 Boris is regarded as one of Britain’s more eccentric politicians with his trademark floppy hair, a penchant for speaking Latin and a passion for Wiff-Waff - that’s table tennis to you and me.  As he was quite a way away  and sitting behind a little desk, I just tried to just capture some of his gestures. 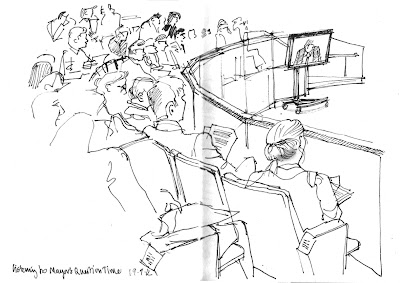 It was a very civilised affair – quite different from the boisterous atmosphere I expected after watching debates from the House of Commons.  There was quite a lot of laughter from the public gallery at various points as the Mayor answered questions in his own inimitable style. 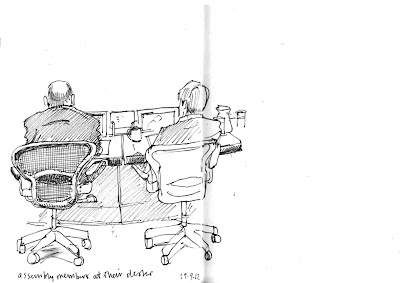