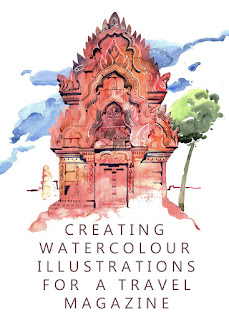 One of the new techniques I tried out last year was to draw in sketchbooks that I’d previously added background colour to. I started at the Barbican Conservatory then continued in other locations in London. It was something I really enjoyed doing and gave interesting results.

Later in the year when I started working on an illustration project for a travel magazine, I used a similar technique to create the illustrations. The drawings were to be of historic architectural sites in Cambodia and I started by drawing the basic shape in pencil. Then I filled in the shape with watercolour in a very freestyle way, similar to the sketchbook backgrounds.

The client supplied some reference material and I also did some research online to get a feel for the structures. 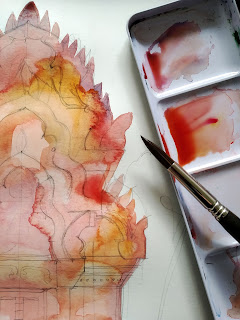 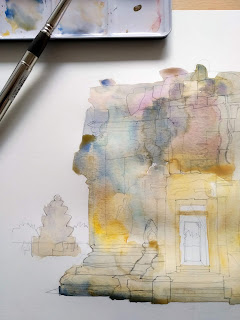 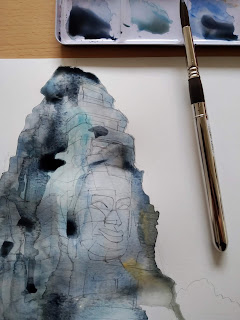 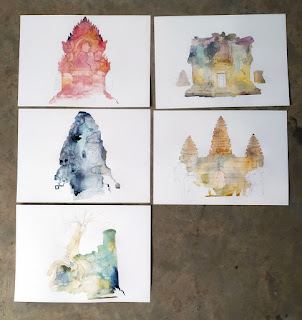 I left these colour shapes to completely dry before adding more definition to the structures. 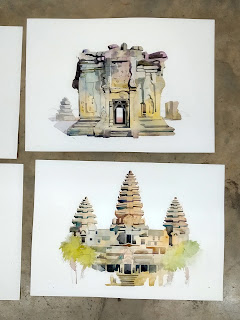 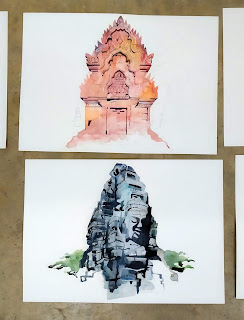 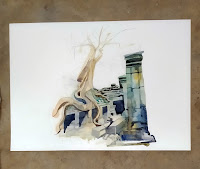 The final touches were added with pen line, black and white. 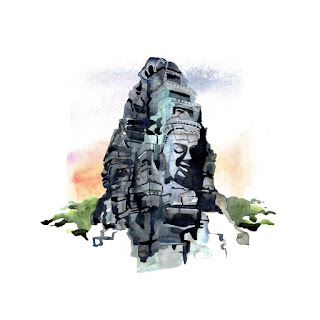 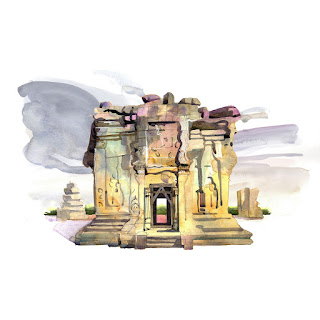 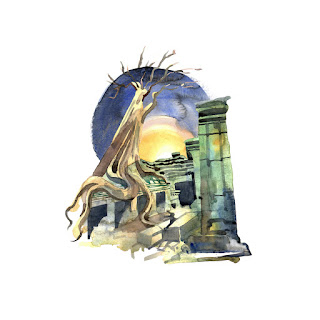 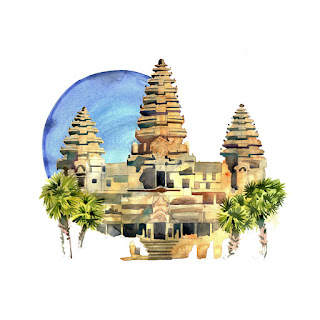 I was quite pleased with the results and hope to develop the technique further. It was nice to know that something I started as a fun, playful way of working could have a knock-on effect in my illustration work.